Volley Australia has announced that it is the official footwear partner for the opening and closing ceremonies at the Tokyo Summer Olympics.

This will be the second time the brand has supported Australian athletes at the Olympics, following its role as official Australia footwear partner for the 2012 London Olympic Games.

Volley joins others including Asics, Sportscraft and Jockey in providing apparel and footwear for the Australian athletes.

Supporting the 'soles' of the 2021 athletes, Volley has redesigned two best-selling styles for the champions to wear at the opening and closing ceremonies.

The heritage Low Shoe will make its debut at the opening ceremony and will be available to purchase as a limited-edition style on Volley’s online store.

Meanwhile, the Deuce High Top has been reimagined in a geometric pattern and will be exclusively worn by the athletes at the closing ceremony. 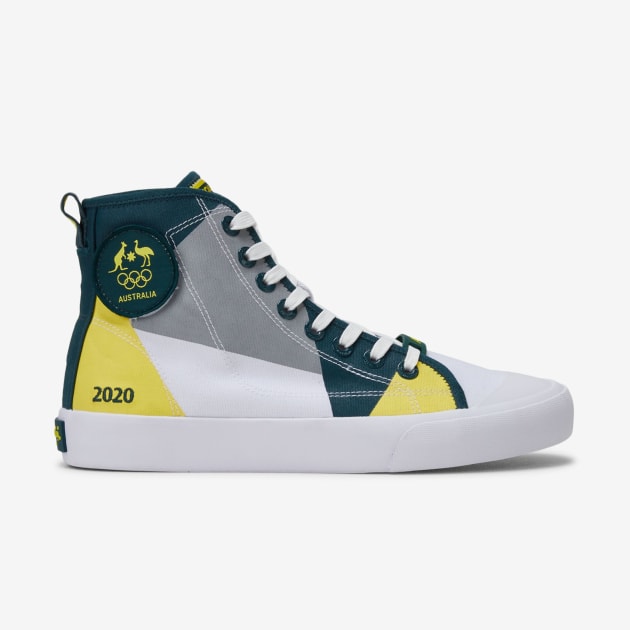 The closing ceremony shoe - to be worn exclusively by the athletes.

Volley Australia GM John Szwede said the partnership was especially significant given the postponement of the Games.

"It is a great honour for the Volley team to be involved in the 2020 Tokyo Olympic Games.

"Throughout the history of time, the Games have only been postponed a handful of times, making this year even more remarkable.

"It is a great show of resilience and strength for the athletes to wait another year and maintain heavy training schedules whilst in lockdown in various parts of the world.

"We are so thrilled to be on the feet of Aussie athletes and officials doing their best, striving for their PB’s, and giving it their all in the chase for gold," he said.

The Volley replica Olympic Heritage Low Shoe is available to purchase exclusively from the Volley website from today, May 18.