Australian athletes competing at the Tokyo Olympics will be kitted out in a performance uniform created by Asics Oceania.

The uniform has been specially formulated to weather the heat and humidity the athletes will face in Tokyo and features iconic Australian green and gold colour schemes.

Design and development of the uniform began in 2018 and has seen over 125,000 units of apparel and footwear produced for what could be Australia’s largest ever Olympic team for a Games outside of Australia.

The expected team of around 480 athletes across more than 30 sports, as well as coaching and support staff, will wear the uniform at the Games, which kicks off in 100 days.

Speaking on the uniform, Asics Oceania MD Mark Brunton said the business is proud to have created the uniform for the team.

"Asics has put an extensive amount of work, detail and focus into the design and development of the Australian Olympic Team uniforms, to ensure the athletes representing at the highest level feel they can perform at their best.

"We look forward to seeing the Australian team wear the green and gold and proudly representing our country on the world’s biggest stage," he said.

Aligning to Asics' corporate sustainability targets to reduce CO2 emissions by 38% in direct operations by 2030, 30% of the AOC range is made from recycled polyester.

Titled ‘Walking Together’, the design includes footsteps representing the 52 Indigenous athletes who have competed at an Olympic Games and a central meeting place signifying the Olympics bringing together people from all countries, backgrounds and cultures. 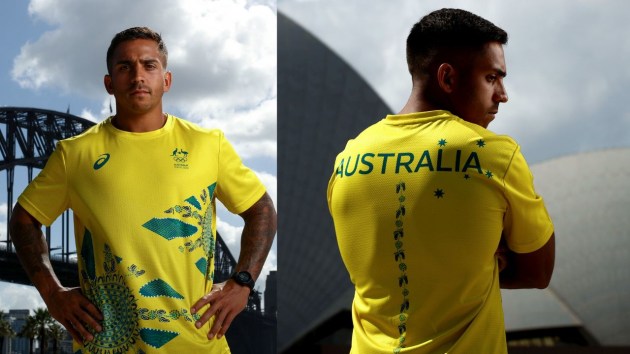 "Asics has been a fantastic partner, working with our Olympic sports and athletes to develop this world class uniform," Chef de Mission of the Australian Olympic Team for Tokyo Ian Chesterman added.

"Asics has an incredible Olympic pedigree, being at the forefront of athlete-focused sporting technology for over 70 years.

"We’re fortunate that they are now assisting our athletes, bringing their passion for high performance and excellence to our Team, to help our athletes have their best day on their biggest day in Tokyo," he said.

The Tokyo Olympics will begin on July 23.