Describe the beginning, middle and end of shooting a footwear campaign.

[First] you get approached by a client, they give you a brief about what they're after and the rough time schedules that they're looking at shooting.

From there, even though they've got quite a strong idea of what they want, it is still part of a collaboration, because I look at what they've proposed and basically whether or not we're able to achieve that and if not, how we can tweak it. 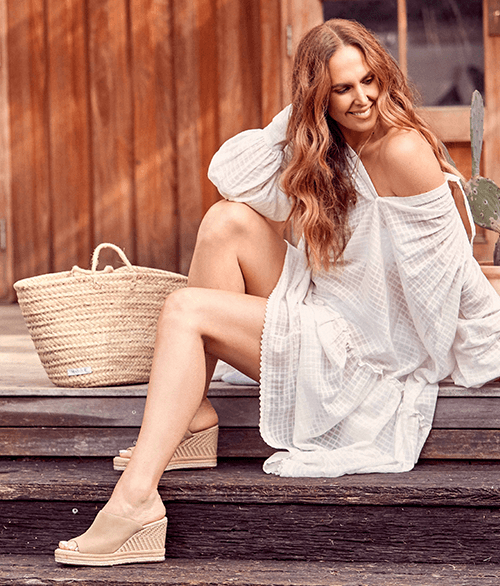 Then from there, [the client] will liaise with the stylist, hair and make-up artist and the film crew and I'll liaise with my team about what lights I want and then it's shoot day, which is always fun and full of energy.

After that, I give them back the select sheet – they get to go through and choose what images they want – that goes through post-production and then we launch, we're in stores.

How many pictures do you take in total?

[I think it's] hundreds because [the client has] a selection of probably around about 150-200 that they cull down.

But it's quite a rough select-sheet.

Obviously we're shooting footwear so you might have really beautiful images of the clothes, but the footwear doesn't look right.