Fraser McEwing speaks to new APG & Co. CEO, Martin Matthews about his plans for the business.

But management has, radically.

And nowhere is this better illustrated than at APG & Co Pty Ltd where CEO Martin Matthews is ushering in a new era in how a contemporary fashion enterprise is run.

To clear the air, APG used to be part of The Apparel Group – which was a sometimes-uneasy mix of retail and wholesale businesses.

Now there is a wall between them, straddled only by the owners John Marshall and Andrew Michael – along with their families.

Forty-year-old Martin Matthews is a relative newcomer the company, having joined in December 2020 as CEO.

He succeeded Peter Halkett who moved on after five years in the position.

On the face of it, Matthews seems to have been incubated for the role.

He brings with him a highly successful stint as CEO of Brand Collective, (Superdry, Shoes & Sox, Hush Puppies, Clarks and Volley) preceded by retail and consumer consultancy roles and some earlier intensive university study in online marketing.

He is passionate about communication – with his staff and the customers who buy his company’s goods.

He is far from a run-of-the-mill chief exdcutive sitting in a plush office dispensing instructions. Just the opposite.

He believes in company hierarchies that are inversions of the classic pyramid.

"The most important people in the organisation," he says, "are those on the front line dealing with customers. The role of management is to serve them."

In other words, the CEO sits at the sharp point on the bottom of the pyramid, serving the skill and management layers above him.

Joining APG was a decision Matthews made based primarily on ideals.

"I saw enormous protentional in the three brands," he says.

"They have amazing heritage and a loyal customer base.

"But there has not been a lot of brand investment in recent years. The decisive move to pull Sportscraft out of Myer in favour of David Jones was an opportunity to drive growth through new customers.

"While Sportscraft invests a lot in quality, it has not always communicated this to its customers. We must tell the next generation about quality. We don’t believe in throw-away fashion."

This philosophy runs contrary to the widely held objective, especially among big budget chains, of pumping indigestible numbers of cheap units into the market, irrespective of quality or care for the environment.

Matthews sees success in terms of selling less garments – while paying for quality to make them last longer and not finish as non-biodegradable land fill.

He acknowledges this places limits on how radical styling can be.

But this is offset by the heritage of his company’s three labels - that have never indulged in bottom feeding on price or quality.

Matthews has an emotionally charged belief in iconic Australian brands, their attraction not only to Australian customers but with enormous overseas potential. 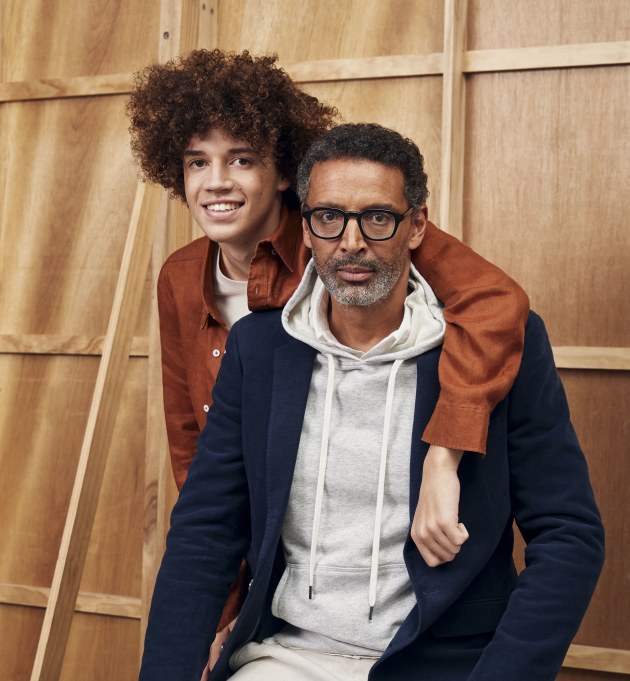 He talks enthusiastically about ‘brand- Australia’ as an expression of our unique lifestyle and ethos that has the pull to create overseas markets.

"Love for brand-Australia overseas is underestimated. The digital age has opened low-cost opportunities to tell the story and offer the goods online. We no longer need to rely retail gatekeepers."

Matthews is an avid enthusiast of online marketing. He doesn’t see online and bricks-and-mortar as two opposing teams, but rather as one process, where the retail store leans towards being a showcase while online delivers the goods.

"As a consequence, you don’t need so many stores.

"Footfall is no longer the issue.

This not to say that APG is looking to cut down on its store numbers, because Matthews follows the principle of his stores requiring no more than 15 minutes’ drive by potential customers from suburban or key regional areas.

The three labels are yet to reach that level.

Matthews dubs himself a brand renovator, laying down a ‘clear and compelling brand strategy’.

In order to carry this through he needs people around him (he’d probably say above him) who are like minded and get their kicks from more than financial incentives.

He talks about their learning, achievement, personal development.

Digital marketing is the current catchcry.

Matthews doesn’t just want to sell through the internet but use it to present the stories and purpose behind the labels both nationally and internationally.

He’s moved digital marketing from being outsourced to an APG internal team.

"You can do so much with the data that digital marketing makes available, from tracking browsing, gauging customer reaction and being able to take advantage of instance feedback."

Inside the company, Matthews is looking to create a better management division between brands.

He argues that this is the best way to give them clearly defined identities.

Although there are some corporate roles, such as his own, that go across all three brands, he wants each brand having its own design and marketing force.

This infrastructure could also accommodate expansion. He’s on the lookout for brands turning over between $10 - $50 million with a strong digital presence locally and internationally.

In the meantime, Matthews wants to sharpen the diverse identities of the three brands, largely led by identifying their target customers.

Sportscraft is aimed at men and women who appreciate modern classical styling. Although that used to attract mostly over 45-year-olds, online has lowered the catchment to 35 plus.

Of the three, this is the brand that seems to tick the most of the emotional and marketing boxes for Matthews. It’s the oldest and most venerated of the three, embodying quality and classic styling with an Australian favour.

Saba blends workwear and designer fashion. The customer is between 25 and 50, a well-educated, fashion-conscious professional.

Matthews describes Saba as "European luxury at affordable prices with the capability of taking the customer from desk to dinner."

'Buy once, buy well' is the mantra, because the fabrics are built to last. Quality control is a cornerstone of all the brands; fabrics go through some 15 lab tests – which sometimes drives the suppliers crazy.

Jag lightens the mood in the group.

While it no longer implores celebrities to wear its denim, as it did under the Palmers who originated it in the 1970s, brand custodian Elisha Hopkinson has reimagined it as representing true Australian lifestyle.

Its products also promote environmental sustainably by concentrating on low impact fibres like wool and cotton.

Martin Matthews comes across as the CEO with all the right ideas for the time in which we live and for the company he heads.

He seems to have the right balance between idealism and the sometimes-harsh realities of making a profit in the fashion business.

When he’s not pondering the ups and downs of the fashion industry, Ragtrader founder, Fraser McEwing, indulges in writing popular philosophy. His latest book tackles the question: ‘what is it that directs all living creatures to behave the way they do?’ He calls it Mind Architecture. Easy to read, yet profound in its message Why Does My Dog Bark? will raise your eyebrows and you’ll see life differently. Available as a paperback from Booktopia or as an eBook from Amazon.