To tech or not to tech

American physicist William Pollard once said: “learning and innovation go hand in hand. The arrogance of success is to think that what you did yesterday will be sufficient for tomorrow.”

Increasingly, retailers in the Australian market are starting to put Pollard’s words into practice.

Last month, Uniqlo trialed neuroscience technology in its Sydney store designed in conjunction with a professor from the University of Melbourne.

The technology detects customers’ brainwaves and suggests a T-shirt matching their current state of mind.

Retailers such as Mimco, Pandora and General Pants Co. have also set out to create an all-encompassing retail experience through implementing digital technology in stores.

“Digital is not a fad – it's a part of life,” says Mimco managing and creative director Cathryn Wills.

Wills is referring to the recent launch of the brand's flagship store in Sydney's Pitt St Mall, which incorporates a vast number of technological aspects including an interactive touch table, which using embedded digital cameras can detect shapes, barcodes and offer customers extensive product information.

“Our approach has been to ensure the digital aspects of the store add to the visual and tactile experience – and they are not there for gimmick sake.

“We wanted to offer out woman a complete visual immersion into the brand. A space where she could learn about our collections and out stories, have beautiful imagery swirling around her, and be constantly inspired by what she could see, hear, touch and smell.”

In order to execute the project, Mimco worked alongside Telstra and Mandoe to bring the technology to life, which according to Wills required a leap of faith. 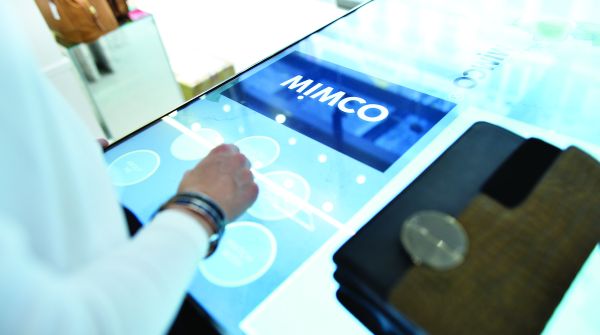 “Time is always the biggest challenge – balancing available time with the level of ambition for the store. It was challenging creating content for elements like the Touch Table, without having daily access to test it – a certain level of faith has to be employed. Our teams were able to visit Mandoe at various times to see the Touch Table, but it's very different to creating content for a site, where you can immediately upload and see how it looks and test the user experience.”

And despite the rigorous tests of trial and error that could be expected with implementing this level of technology comes the upkeep.

Mimco currently employs an in-house team that designs and executes content daily, something which Wills refers to as “feeding the hungry beast.”

Digital integration in the retail space seems to be a positive step in innovation for Mimco, with Wills revealing that in 2016, its Melbourne flagship will that the concept further.

Youth fashion retailer General Pants Co. has also embarked on a mission to heighten consumer engagement through its partnership with Digital Arts Network (DAN) on its GP Kiosks.

Displayed on Apple iPads, the kiosks have been set up in retail stores across the country that aims to provide a complementary mix between fashion, music and social media – the anchoring interests of its demographic – with the company's in-store and online offering. 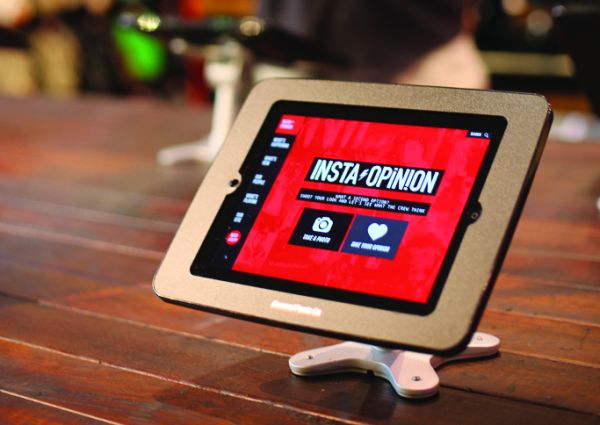 Speaking about the venture, General Pants CEO Craig King says that building the software was a matter of adapting or falling behind.

“We conceived the kiosk as a device to complete the loop between customers, product and social media. We knew our customers were digital natives so stacking the kiosks with products, GP Co activities and music seemed a great way to increase the in-store experience at General Pants.”

As for development, King also emphasises, like Wills, that although the company drove the vision behind the kiosks, placing trust into partnerships is crucial.

“We engaged DAN to build the software. We had an idea of what we wanted and collaborating with them added to the mix to produce something greater than our expectations. We live in an exciting age where technology has caught up with imagination. Working with DAN really left most of the challenges in their court – they're the professionals.”
As for the result, King lets the numbers speak for itself.

“Literally tens of thousands of shots have been posted on Insta-Opinion, millions of songs played through What's Playing (the digital jukebox) and over 30,000 searches for General Pants products have been made through the kiosks.”
Circling back to the idea of adapting or falling behind, global jewellery brand Pandora is another retailer who is refusing to rest on its laurels.

“We believe that retailers must be looking at what technology is available to enhance the consumer experience.”
Last year, Pandora introduced mobile POS systems in its owned and operated stores with the aim that it would be utilised during periods of high traffic.

Withers reveals that what happened after tells a different tale.

“Since then, the mobile POS has become part of the way we do business every day. The technology allows staff to serve customers anywhere on the store floor, immediately show prices and calculate them in real time as customers choose between different items.”

Pandora has implemented this technology in 80 of its stores and reports that a large number of these retail spaces are transacting 80-90% of its sales through the mobile devices.

Now, the company is trialing a mobile EFTPOS terminal that will securely take payments anywhere in a store, with the option to have store receipts emailed directly to a customer.

“We want to get to the stage where the whole transaction is done through a mobile device and not at the POS register,” confirmed Withers.

The company collaborated with its POS supplier AdvanceRetail to develop technology and despite successful figures, Withers suggests that in retail, no change is ever seamless. 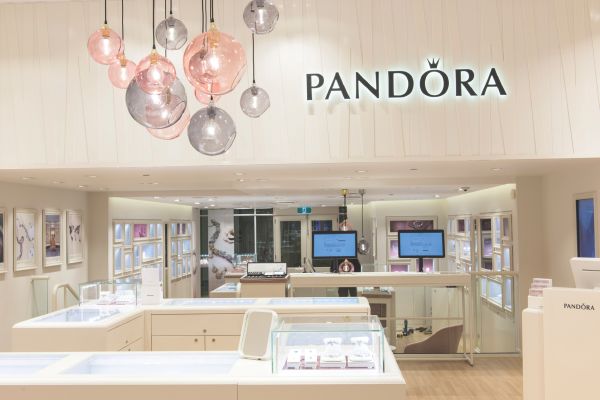 “The greatest challenge was not technical, but operational. In the beginning team members were reluctant to change the way they interacted with customers and were concerned with how to carry the devices.”

As Mimco has already confirmed plans to further cement its technology in its retail stores, there are no signs of slowing down at Pandora or General Pants.

Pandora is set to roll out its own version of kiosks in time for the festive season, allowing customers to self-select items on a screen and have a Pandora team member bring the product directly to them.

“Technology is ever moving, ever evolving and we need to be too.”