Within a week of Rebel going live with its Fanatics partnership, the National Football League (NFL) merchandise was making up 43% of Rebel's sales mix, MD Gary Williams has revealed to Ragtrader.

The partnership sees Rebel offer customers an endless aisle experience of more than 25,000 products online, with Fanatics fulfilling and sending the orders from its European distribution centre.

The retailer also has a wholesale partnership with Fanatics, which sees it bring key styles to stores to sit in the 'Home Of' sporting hubs.

Rebel MD Gary Williams said that it will use the data from the online orders to inform its wholesale purchases.

"We have not generally sold heaps of NFL product in our stores across all the franchises, but San Francisco 49ers was the number one seller.

"What we're now starting to see across Australia is what the Australian fans are wanting.

"And the question is, where we may not have had San Francisco 49ers as a wholesale option before, is that something we should be considering for next season?

"We now have to consider, 'should we procure it through wholesale so it's available in our fleet of stores or in certain geographical locations where it's being bought, or do we just keep it as a as an endless aisle option?'" he said.

While still early in its trading partnership, Williams said the true impact of the deal will be seen when it comes to the grand finals of the international sporting codes.

This is aided by Fanatics manufacturing 50% of the apparel it sells, enabling it to quickly ramp up production for winning teams. 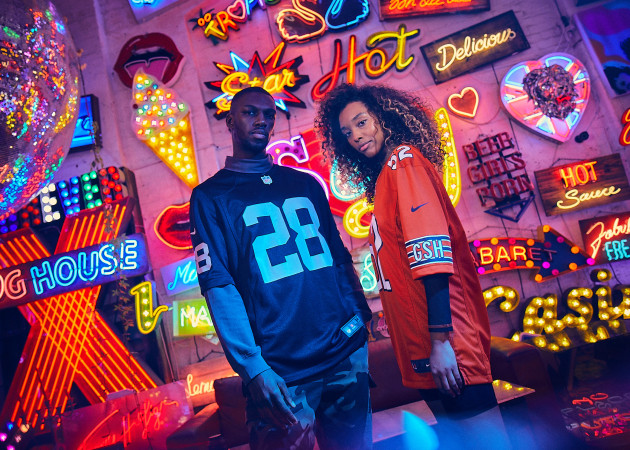 "We will really see the impact when it comes to the likes of the Super Bowl," Williams said.

"The fact that Fanatics have this ability to turn around merchandise at expedient rates, that's where I think it will be really telling.

"Because if hypothetically the Lakers win the NBA or New England win the Super Bowl, we would able to get that product live online.

"Previously, we didn't have that product lifetime to be able to market it and merge because it takes that much longer through that supply chain, whereas with Fanatics, we will now be able to get access to that sort of product," he said.

And while the sales and performance of the partnership so far is looking promising, Williams said it wouldn't have come to life without the hard work of the Rebel team behind the scenes.

"I am extremely grateful for the internal team and Fanatics who pulled this off, because the simple idea and vision is all very good and well but without the execution, [it's nothing]," he said.

"The volume of countries we've had to work through and the time zones, the integration of all the different IT platforms to be able to do something like this, often gets looked over.

"We've got financial transactions occurring that we've never had to do before, so from my side it's also just a massive shout out and thank you to all the team that were involved, because it was a mammoth project," Williams said.