According to a survey by the Australian Retailers Association, 67% of retail businesses believe COVID vaccines should be mandatory for frontline retail staff.

However, with no government legislation in place, 76% would not mandate the vaccine in the current environment while there are legal ambiguities.

But is it even legal for retailers to introduce a mandatory vaccination policy for their staff?

Well, according to Hitch Advisory principal Olivia Hitchens, that question comes down to one factor: is it reasonable?

"Retailers can mandate as an employer any sort of direction that's reasonable.

"So it's pretty common that an employer has the right to give a reasonable direction to an employee.

"The question is, whether the direction to be vaccinated is reasonable," she said.

That question will undoubtedly divide Australians based on their opinions.

But the retail case for a vaccine mandate includes the need to protect staff and customers, as well as – hopefully – preventing another extended lockdown.

"Retail definitely has a high risk and that's why you see the ARA response being that most retailers would support a government direction around retail," Hitchens said.

"Retailers understand the risk and they have concern for their people, and the risk to their customers as well.

"Retail is also desperate to reopen as soon as possible, because it's hurting, so it wants to do whatever it takes, but it also wants to do it safely," Hitchens said.

However, with legal ambiguities still in place and a government mandate yet to be seen – although the indemnity scheme would certainly take some stress off – the challenges of making the jab compulsory still remain. 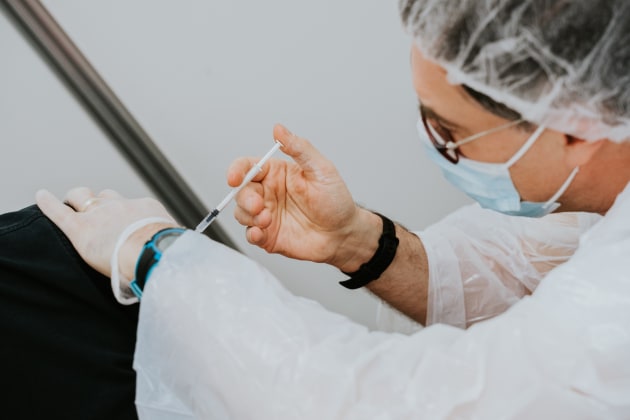 "It's really hard for an employer to direct an employee to do something where they may be concerned, worried or feel uncomfortable," Hitchens said.

"It is also quite pointless to direct the workers to be vaccinated if you've got customers coming in that aren't vaccinated.

"So that then becomes another challenge for retail: how does it enforce that?

"How does it ask that tough question of an employee who may be reluctant to talk about their circumstances?

"How do they manage people that have medical conditions? How do you ask the customer?

"There's so much being left on the shoulders of retail and [for the government] to just expect, particularly small business retailers, to go and get legal advice to inform themselves to make a decision is pretty tough," Hitchens said.

Hitchens suggests that while the legislation is not there, retailers can instead strongly encourage their staff to get the jab.

"We're seeing that already, from a number of businesses who have come out and said, 'we're not going to mandate it, yet.'

"'But we are going to strongly encourage it, recommend it and make it really accessible to our people,'" she said.

There are also other measures that can be introduced including screens, regular testing, rapid antigen testing and reducing face-to-face contact to help reduce the risk, she said.

To mitigate those who aren't willing to get vaccinated, Hitchens said instead of immediate dismissal, retailers can explore alternative solutions.

"If people are unwilling to be vaccinated, are there other roles for them within the business that don't require them to be dismissed?

"But if you simply cannot accommodate a worker, and they aren't willing to be vaccinated, due to choice or belief, then ultimately there's no work for them because of that choice which doesn't align to the policy.

"If they're dismissed, most likely the claim they would bring would be unfair dismissal.

"And then the whole question, circulates back around to, 'is the direction reasonable?'

"Employers will need to show whether it was reasonable or not and without a case precedent to refer to or government direction, it's a subjective test," she said.