The new 159sqm store is located on the prestigious Madison Avenue in New York City and joins the brand's other locations peppered throughout the state in Soho, Meatpacking, East Hampton, Americana Manhasset and Woodbury.

In keeping with its Australian roots, the boutique has been designed by Australian interior designer Don McQualter from Studio McQualter and features artworks from Australian artists Sally Ross and David Griggs throughout the store.

Located in a 1940s heritage-listed building, the brand wanted to create the feeling of a local apartment, complete with mid-century and later furnishings throughout.

Zimmermann creative director and co-founder Nicky Zimmermann said that the brand is thrilled to open a store on Madison Avenue. 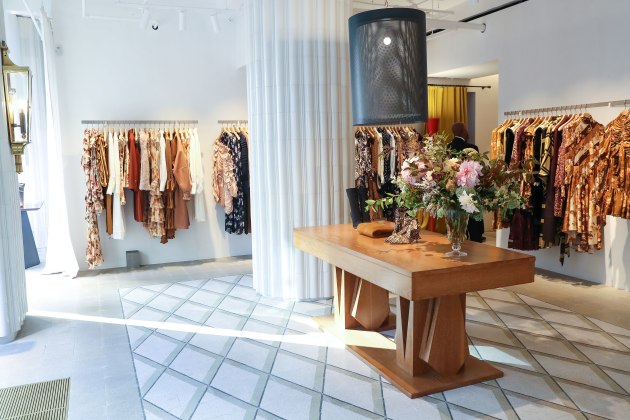 "New York is like a second home for us.

"I have spent a lot of time in the city over the years and we’ve always loved the energy Madison Avenue brings.

"We are excited to now be a part of the Uptown community," she said.

To celebrate the store's opening and the upcoming collection, the brand held an in-store, VIP cocktail event followed by a dinner at the nearby Flora Bar.

Adding to its US store footprint, Zimmermann has further plans to open a second boutique in Palm Beach in Florida in November this year.