Australian eyewear brand Quay has released a special edition Australian Open edit as part of its support for the 2022 event.

As part of its support, the brand is on the ground at Melbourne Park with a dedicated retail store, a presence in the Atrium, gifting in the player’s lounge and the Beach House, as well as hosting a corporate box for special guests.

Additionally, Quay is set to support the Australian Tennis Foundation with a $20,000 donation to contribute to initiatives such as the First Nations Program, which uses tennis as a vehicle to build confidence in First Nations kids living in remote communities.

"We are thrilled to kick off the year as a proud supporter of AO Retail, introducing the Quay brand on the event grounds, and uniting people through fashion and sport," Quay CEO Jodi Bricker said.

"We believe in the game of tennis, particularly for how it’s paved a path for today’s athletes and role models, especially young women.

"Growing up as an avid tennis player and learning many key life lessons through the sport, has shaped the person and leader that I am today.

"With Quay being a proud supporter of AO Retail, it is an incredibly proud moment for me, personally, and for the brand," she said.

The Quay AO retail store features a spin-to-win giveaway game where customers can win free sunnies, a photo booth, and a full collection of eyewear including the exclusive range of Quay x AO styles as well as bestsellers.

The Quay AO edit is available to purchase at the AO store and online now for between $65 and $120. 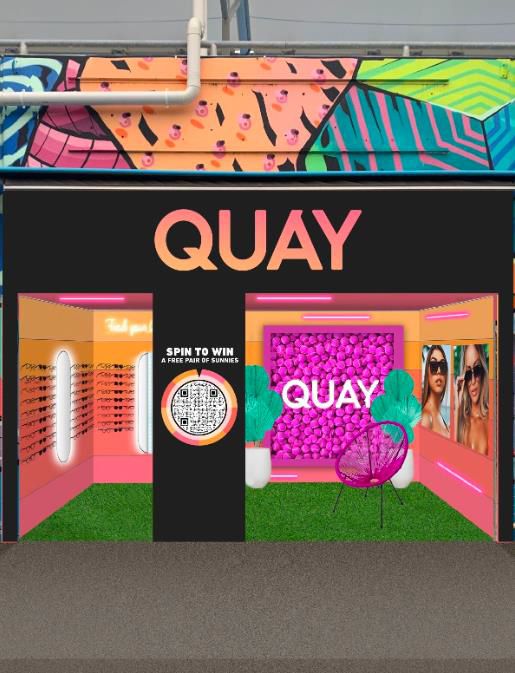